Welcome to Cheltenham & Gloucester Fly Dressers Guild. We meet at the Hucclecote Community Centre  GL3 3RT on the 1st & 3rd Tuesdays every month at 8pm.

Have we got you interested? Then drop in and visit us! We'll look forward to seeing you.

Fishing the Ewenny River on an Area 4 Grayling Day, 25 September 2021

My first Grayling fishing day out since lockdown 18 months ago, so all kitted up readyto go. The last time I fished this PDAC water I did say it was too hard work climbing up and down the banks, and I would leave it to the younger generation, but while talking to a Grayling member at the last symposium I discovered the further down the river you went to the Moors beat, the easier it was to wade - and the banks are not so steep - so I thought I would try it again.

The River Ewenny rises off the moor, north of Bridgend and then winds its way down through villages, woods, under a motorway, across moorland where it feeds into the River Ogmore and on to the estuary,  There is now a good head of Grayling there.  Fishing in the river Ogmore, the Grayling appear to come down the Ewenny and stay in the Ogmore; obviously a better source of food there.

The PDAC water is a challenging stretch of water, although low levels due to all the dry weather, but ranging from very narrow in places - 6ft to 30ft, and winds its way through fields.  Along the way you have bridges, fords, a weir with a salmon run built in, steep banks with very overgrown vegetation and brambles, although there are plenty of wader protected stiles, steps cut in the bank, and some bank ropes to help you pull yourself up the banks.  The riverbed is a mixture of sand, stone, gravel, bed rock, and mud.  Along with a fast current in places with some very deep pools and narrow deep channels, a canopy of trees that make sure you use a short rod- only roll cast or side flick casts can be used.  Salmon are also caught on this stretch of the river.

This time I fished the Moors beat about 1mile from the car park, by road and a different car park, then a short walk across the field to the concrete cattle ford.  At this point you can go left or right, wading up or down the river, plenty of pools, rocks stony channels to catch waiting fish, or as in my case in early afternoon, stand against the bank as the sun rays shine from behind you on the opposite bank and half the river surface, you see the grayling swim by or come out from under the far bank stones.  As the water is gin clear, stalking the fish is the term used.  Here I used my up winged olive and watched it taken by one inquisitive Grayling as it floated down stream.

I fished with a 5ft 6ins 3 weight rod, 2lb x 4ft leader on a dry line with size 16 up winged olive, a black bead nymph and a daddy most of the day.  I caught 3 x 7/8ins grayling, beautiful young looking fish.  A PDAC rule is all removed barbed flies, but now you can fish a dropper, (one wet & one dry).

A great day although somewhat tiring, me being out of practice, and always watching the stones and being careful not to lose flies in the overhanging vegetation.

Another Area 4 day organised by Geoff Bevan, and as always PDAC were on hand when we arrived, to supply, coffee, tea, and biscuits and collect the fees. An extra nice touch by PDAC to finish the day was that we were given a complimentary free day fishing as a group or by ourselves in the future.

The PDAC look after this water, banks, stiles, and water approaches very well and it’s a credit to them.

Mark Davis - Lilla's nephew - has kindly provided a copy of the eulogy he gave at Lilla's funeral and agreed to allow us to include it on our web site.

It was Rose, her sister, that first referred to Lilla as my mad aunt. I think I was surprised at the time, even though amongst my earliest memories of her is her stopping on the motorway to pick up roadkill, but she was definitely special.

Lilla was born in a Cheltenham nursing home on January 11th 1946, the 4th and youngest child to Joy and William Davis. Rose, the eldest, followed by Judy, my father Patrick, and then the Elizabeth Joy Davis. With nanny in tow, the family moved the following year to Malta, then back to Camberley, and then to Hamburg in Germany, benefits of her father’s military service. In German she began her education with a governess, her mother being unimpressed with the local British schools. This changed when her father was posted back to the UK in 1953, Lilla attending a number of schools as the family moved round the UK, before ending up in the Gloucester Technical College with the family at Well Close. She went on to Edinburgh University where she did an arts degree majoring in economics and history. It was during this time that her lifelong friendship with Marian started as they shared some cheap digs awaiting destruction. Marian recalled Lilla setting to installing a bath in their rooms, demonstrating her ever practical streak by putting the bath on bricks to help the water drain, but also getting the one-way stick-on privacy glass the wrong way round on the window, much to the surprise of the medical college opposite.

After University, she moved with Marian to Hong Kong, following her brother, where she found a job as personal secretary for an executive who allowed them use of his grand house and servants, before he was sacked for financial irregularities. She then found another PA job, despite having informed them not to expect her to be in work before 10am, as she would be useless. She also got a cat, who she affectionally called Pest, and when visiting her brother, she would put him in a string bag tied to her waist as she rode a motorcycle across to the New Territories in shorts and t-shirt.

At the time, Lilla was still in correspondence with her long-term boyfriend James from Edinburgh, and finally agreed to marry him. She bought herself an engagement and wedding ring, packed up her belongings, and flew to join him in Lagos, Nigeria. Married within weeks of her arrival she finished the hem of her dress on route to the ceremony. With James they moved across Nigeria, to Beirut and Pakistan before finally moving back to the UK, with Lilla returning to Well Close and James working in London. She spent time looking after her parents before their death, and took up fishing, a passion that continued the rest of her life. In 1986 James moved back to Well Close and they set about converting the Coach House into the home it is now, and where she remained. James spent more and more time away from the Coach House, before they eventually ended the marriage, and Lilla settled into her life here. In 2016 she was diagnosed with Leukemia, and surprised the doctors by bouncing back seemingly unchanged, however it eventually caught up with her, and she died in January surrounded by family, at home and with her cat on her lap.

Stories. Lilla always sought to enjoy life, and over many years she built a wonderful routine of work and hobbies, building on her practical bias, and strong common sense. She worked with local parish councils, and the Lady Downe charity, but never too early in the morning. She enjoyed singing in choirs, working in the countryside and local history. She was an excellent and innovative cook, as anyone who has had the delight of attending one of her meals can attest to. I remember as a boy asking her the recipe for a flan, she had done instead of the birthday cake she had been asked to make, and being looked at in surprise, the response being - well it depends on what’s in the larder. Her larder was always fantastically stocked with interesting treats.

There were many constants in Lilla’s life that brought her pleasure. She loved cats and has had at least one for all the time I have known her. She has also loved pugs, not always the best trained or behaved, but as she said you cannot look at a pug and not smile. Lilla taking the pugs on shoots while beating is something she will be remembered for for a long time. In the garden she kept chickens, grew vegetables, and hunted crows. She loved fishing and was a keen member of the local fly-tying guild. She might be pleased that they have decided to name a trophy in her memory. The church was another constant, and she make lots of friends singing and ringing bells in Cranham and Brimpsfield.

While Lilla may not have had her own children, for many years she was a wonderful stand in parent for my sister and I, with our parents abroad and us at boarding school. She not only supported us with the boring stuff, but she encouraged and helped us, and always made the effort to make life interesting. My sister and I have loved having her in our children’s lives. However, it was not just to see what interesting food she might try and feed them, or her sharing of her wonderful knowledge of the English countryside, it was her character that we really wanted them to appreciate. It was her independence and strength that set her apart. She was always happy to pitch in and was absolutely dependable to friend and family. Lilla was not one for grand gestures, she lived a simple life, but her positive attitude, intelligence and humour blazed brightly for all to see. If she was indeed mad, as her sister fondly said, it was the best possible sort. She was to many a local legend, and for those of us with the privilege of knowing her well I take some comfort in the fact that she chose the manner of her passing, remaining independent to the end. She will be missed. WINNER Dave Orritt with a cracking 2 3/4 lbs rainbow and beautifully engraved fly box presented by fishery owner Ken Townsend of Stanford Pool Fishery at Newent. Many thanks to Ken for a splendid event and letting us have our competition there.

You can buy day tickets for

Have you ever visited The Fishing Museum Online?  It covers fly, coarse and salt water fishing and includes sections on fishing tackle and a library.

The library comprises pdfs of books important in the history of fishing, which may be downloaded at no cost.  It includes titles such as Pritt’s “Yorkshire Trout Flies”, Halford’s “Floating Flies and How to Dress Them” and “Ogden on Fly Tying”.  The reason why you do not have to pay for these downloads is that the copyright has lapsed because of the years that have passed since their publication, and some dedicated folk have been willing to spend time scanning them.  The pdf format might not be as satisfying as the beautiful leather-bound reprints that are produced from time to time, but if you are thinking of buying a copy why not check whether it would be of interest before spending your money?  The site contains a link to Medlar Press via its “Shop” where you may purchase some of the titles.

This site is well worth visiting for anyone with an interest in fishing.  You can reach it by following the link below. 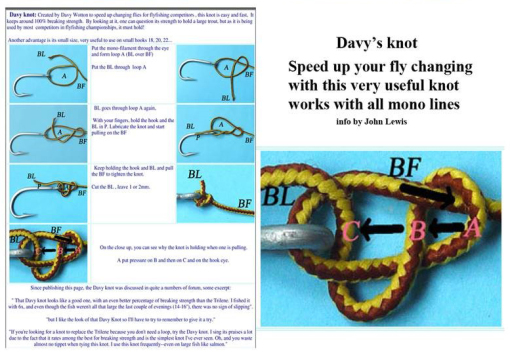